Landform is delighted to announce that its proposals for a 350-unit housing development in Thornbury, South Gloucestershire have been allowed at appeal.

The 6-day appeal closed on 10 April and the decision was issued on 3 May. A remarkably fast turnaround, perhaps reflecting the clarity with which inspector Clive Hughes saw the issues.

The Cleve Park proposals were jointly promoted by Landform and its long-term partner Welbeck Land. The appeal was heard in early April, having been turned down in March 2017 after South Gloucestershire councillors dismissed officers’ recommendation to approve the scheme.

In his conclusions, Mr Hughes said that, despite the arguments put forward by the council, the “adverse impacts of granting planning permission would not significantly and demonstrably outweigh the benefits. Although the proposals conflicted with the development plan the authority cannot demonstrate a five-year housing land supply and I give great weight to the provision of both market and affordable housing.”

Erik Pagano, managing director of Landform Estates, said that the outcome was “great news given the amount of hard work that has gone into delivering the proposals and the considerable amount of genuine public engagement that had been completed. The inspector’s clearly reasoned decision justifies our original logic in choosing the site and our faith in persisting with the application.”

He hopes that the construction of Cleve Park will begin next year and that the scheme will result in significant economic benefits for the area including the provision of around 250 new jobs over the lifetime of construction; an injection of about £26.5 million into the local economy.

The site will now be sold to the housebuilder market. The release of the appeal decision alone has already generated significant purchaser interest, reflecting the acute shortage of consented housing land in the Bristol area. 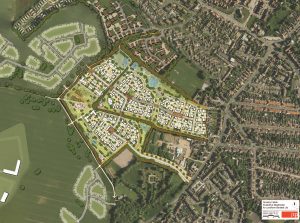 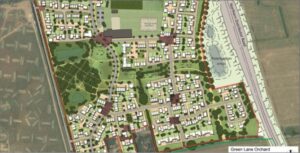